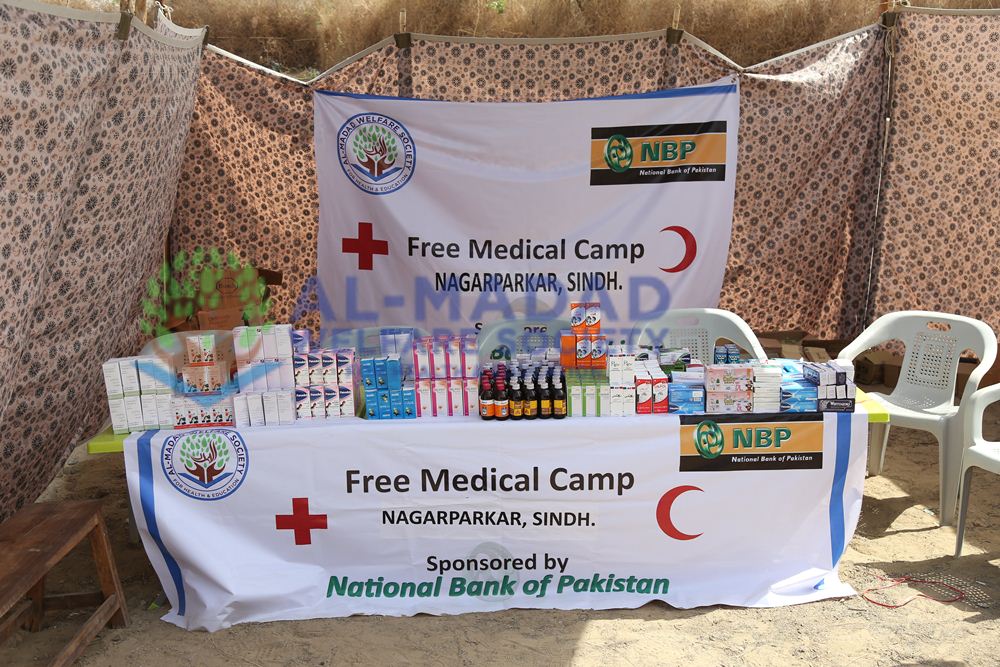 The population of the Nagarparkar & Mithi is 4.3 lacs according to National Statistics of GMO (Genetically Modified Organism), thousands of families from these areas are forever waiting for basic treatment & education for their children to help them fight against disease. Due to this reason, Almadad has continued it?s mission to facilitate such areas. In the Month of March-2017, Almadad successfully setup two medical camps Mithi & Nagarparkar which have been sponsored by National Bank of Pakistan and The Marketing Heaven. During the Medical Camps different village families from Mithi & Nagarparkar visited Medical camps With the supervision of Doctors & Paramedical staff the team performed free screening of patients and provided medicines for fever, Dehydration, Stomach problems, flu & Skin infection diseases were provided to the underprivileged persons. We are grateful to Mr. Ovais Asad Khan ? EVP/Divisional Head, CSR Division for standing next to Almadad Welfare society?s efforts once again to serve for Humanity. Insha ALLAH We believes we can change the nation once we help each other.