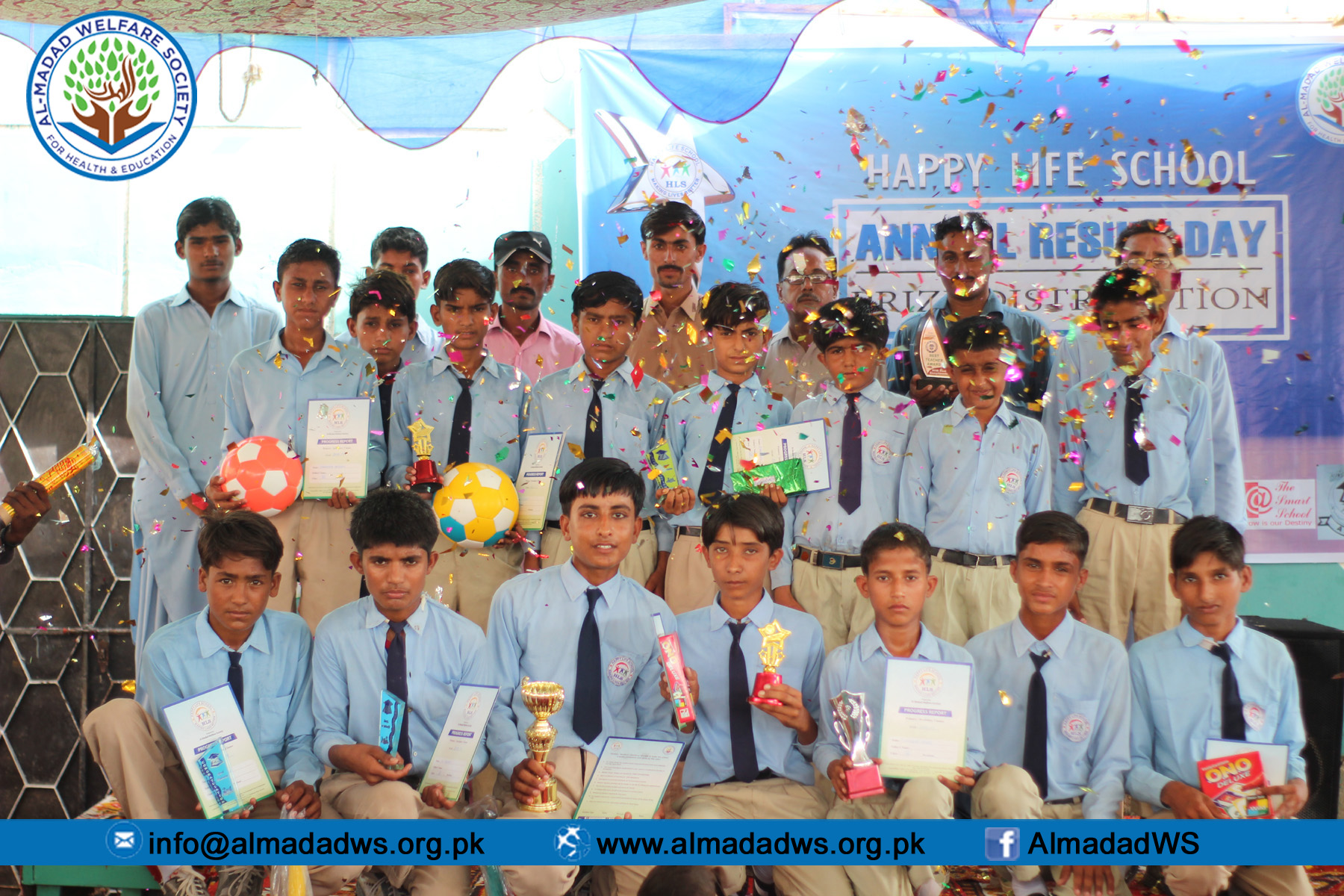 Annual result day is one of the most important functions of a school. It is a memorable event in the history of an institution. It is held and marks the end of the academic year.  At Happy Life School on both locations (Goth Nawab Aziz &Jhamrari)preparations were made with enthusiasm and fervor in advance.

The shelter was decorated with colourful items. The event beganwith a Tilawat&Naat and then Patriotic songs were sung by the children. Different Speeches were delivered by the students of class 6 & 7. Mr. Salman Farssi – principal, Happy Life School read the annual report about the progress, examination results and extra-curricular activities of the school. In the function the guardians of the students were invited. The prizes were placed on the table. Books, Copies, Stationery & other educational material were given to more than 500 school children in our both campus.

The Principal & President of Al-Madad Welfare Society gave away the prizes. After that the guest Mr. NiazLaghari – Principal GPS Primary School, Goth Nawab Aziz delivered a short speech. He praised the school for its all-round progress and talked to the students about their duties and responsibilities.The function came to an end at 2:30 p.m. with the singing of the National Anthem. An important day completed which means a lot to their parents even those, who are illiterate themselves but dream of a better tomorrow for their children.

It is an emotional reminder to our friends and to our team as well that the children living in poverty also have the same opportunity for celebrating their progress and expressing their joy like other children.